On January 17, 2018, Mr. Reza Moridi, MPP, Mr. He Wei, Consul General, Consulate General of China, Mr. Godwin Chan, Municipal Councillor for Richmond Hill and Mr. Albert Ng, Calligrapher unveiled the annual two-stamp issue to mark the Lunar New Year. There are 12 animal zodiac signs in the Chinese lunar calendar and 2018 is the year of the Dog, which is the 11th animal in the cycle. But for Canada Post it’s the 10th issue of the Lunar New Year stamp series that began in Year of the Ox in 2009. 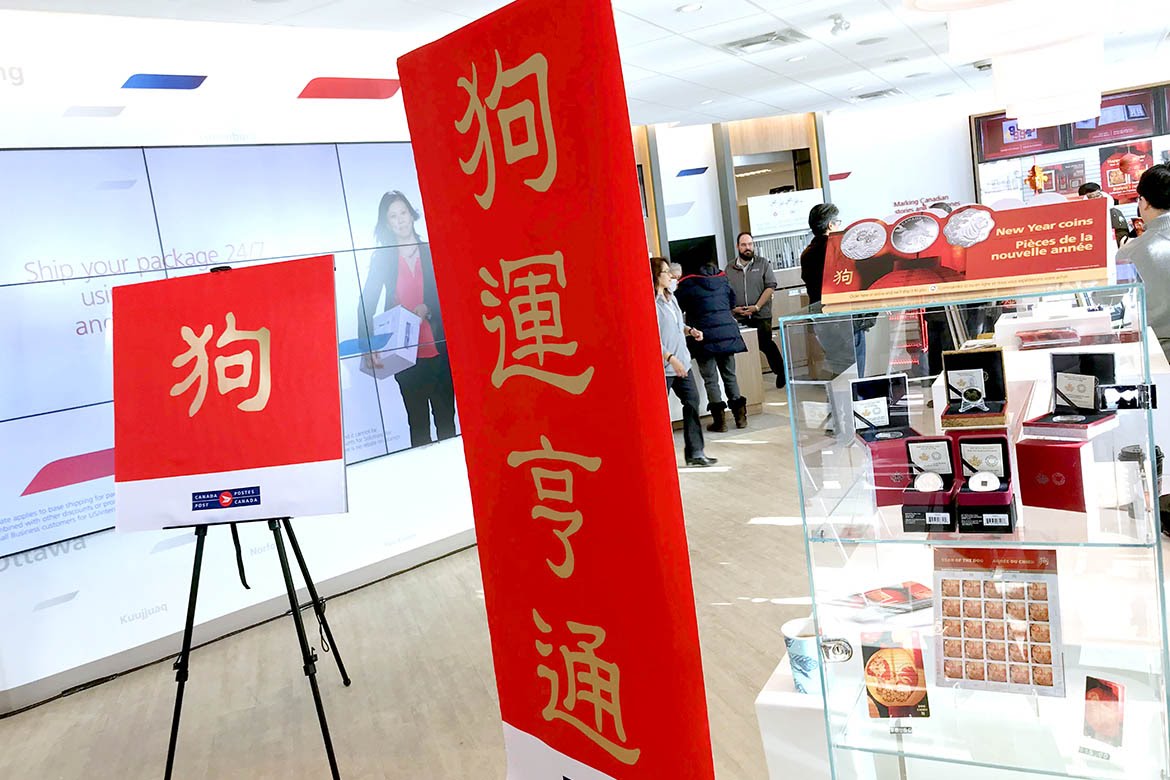 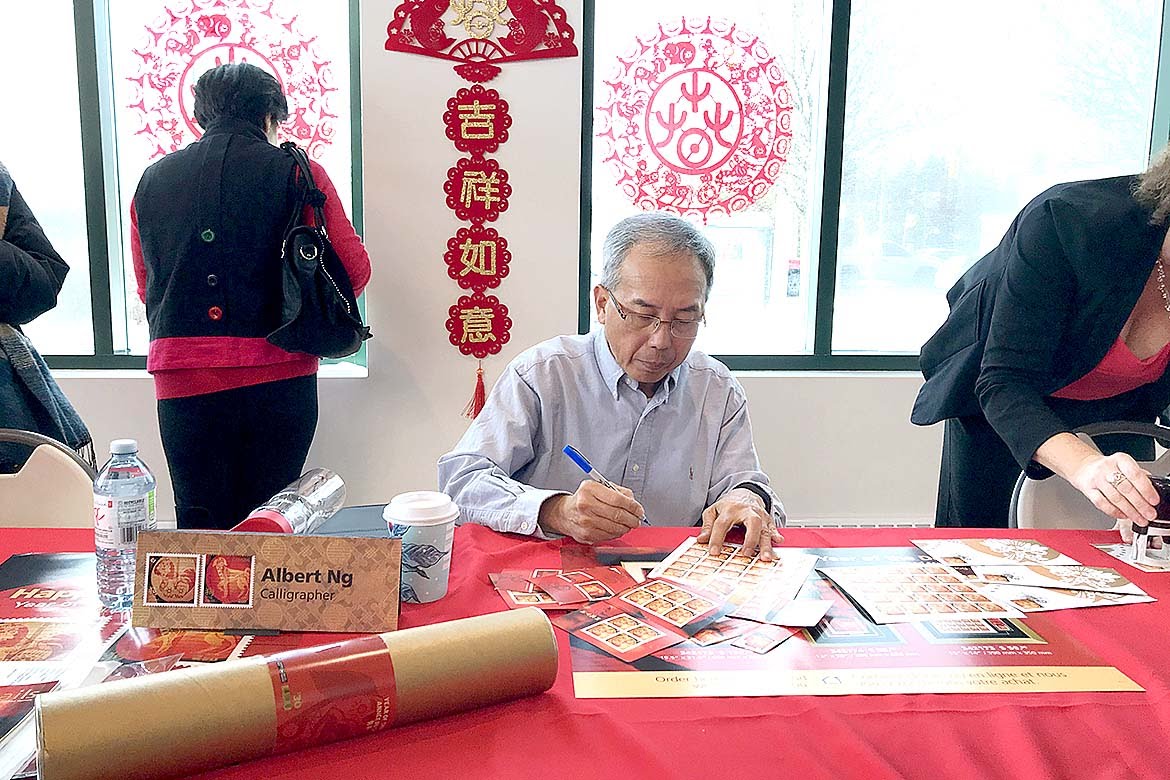 Richmond Hill resident Albert Ng, the calligrapher of this years’ stamps, designed the 2016 the Year of the Monkey Lunar New Year stamps. He is a professor of design at York University, who warmly thanked his wife at the unveiling ceremony in his speech for giving him a ride from a morning lecture to the ceremony, barely made it due to the bad traffic. 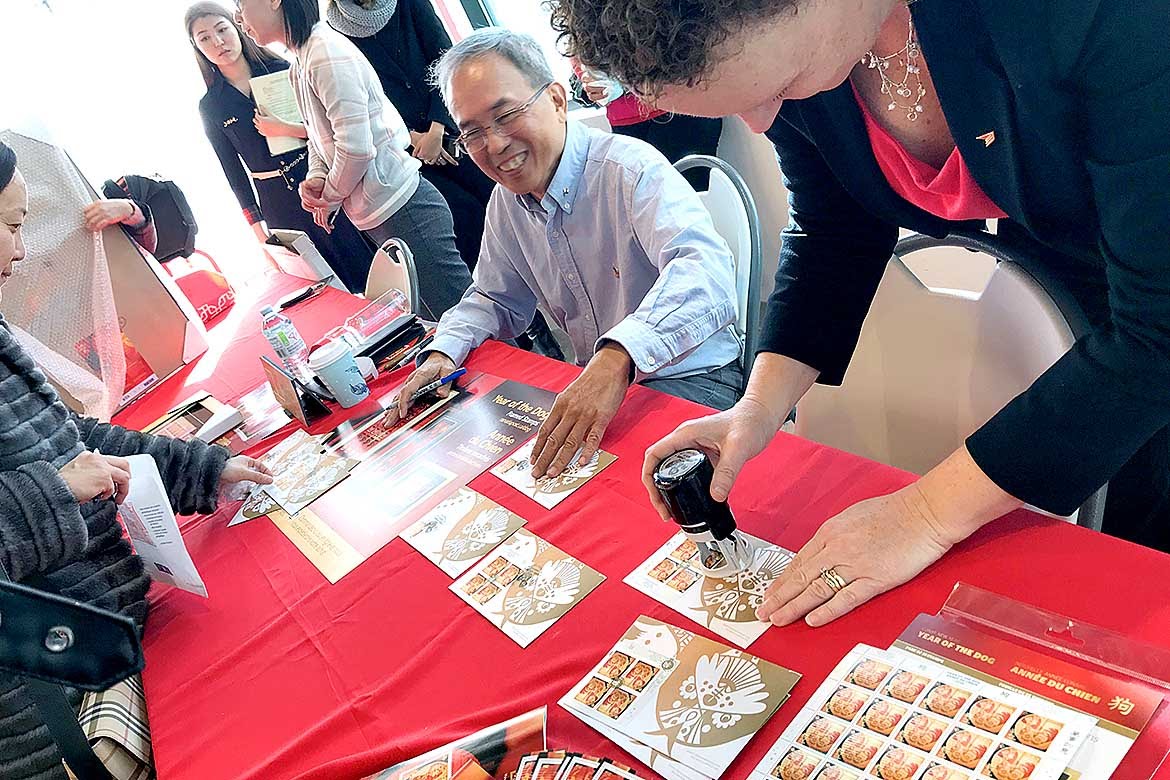 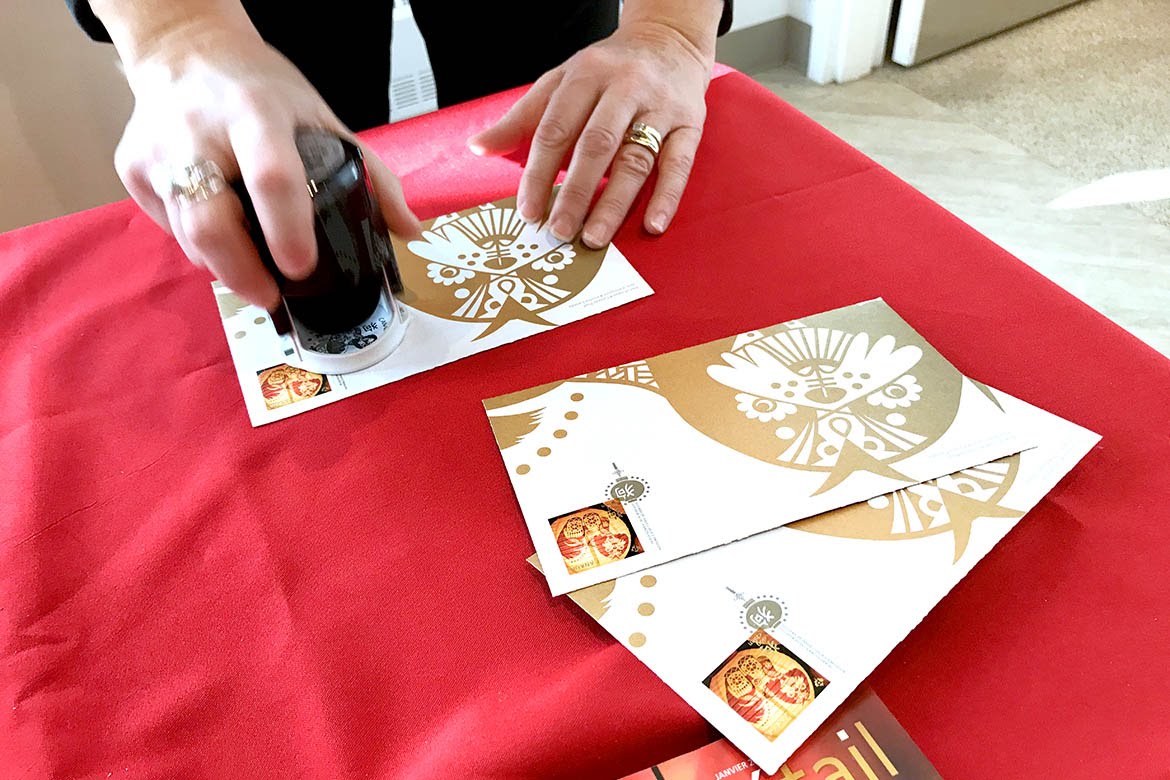 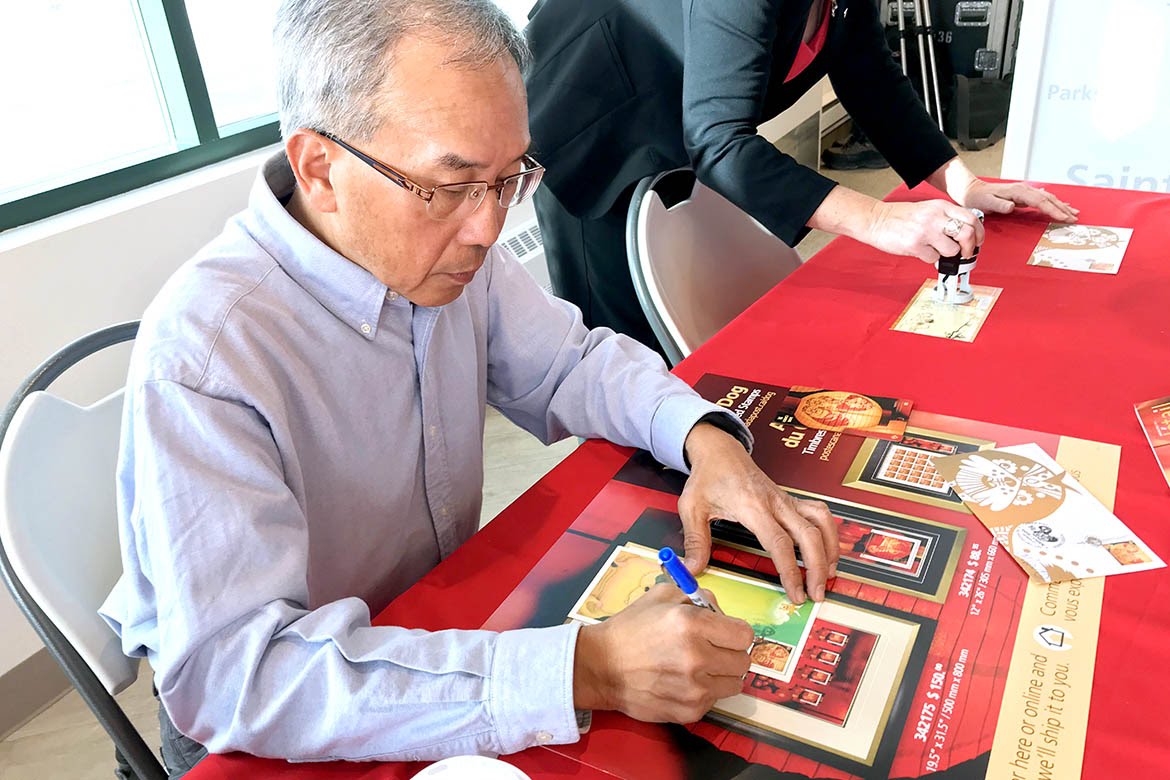 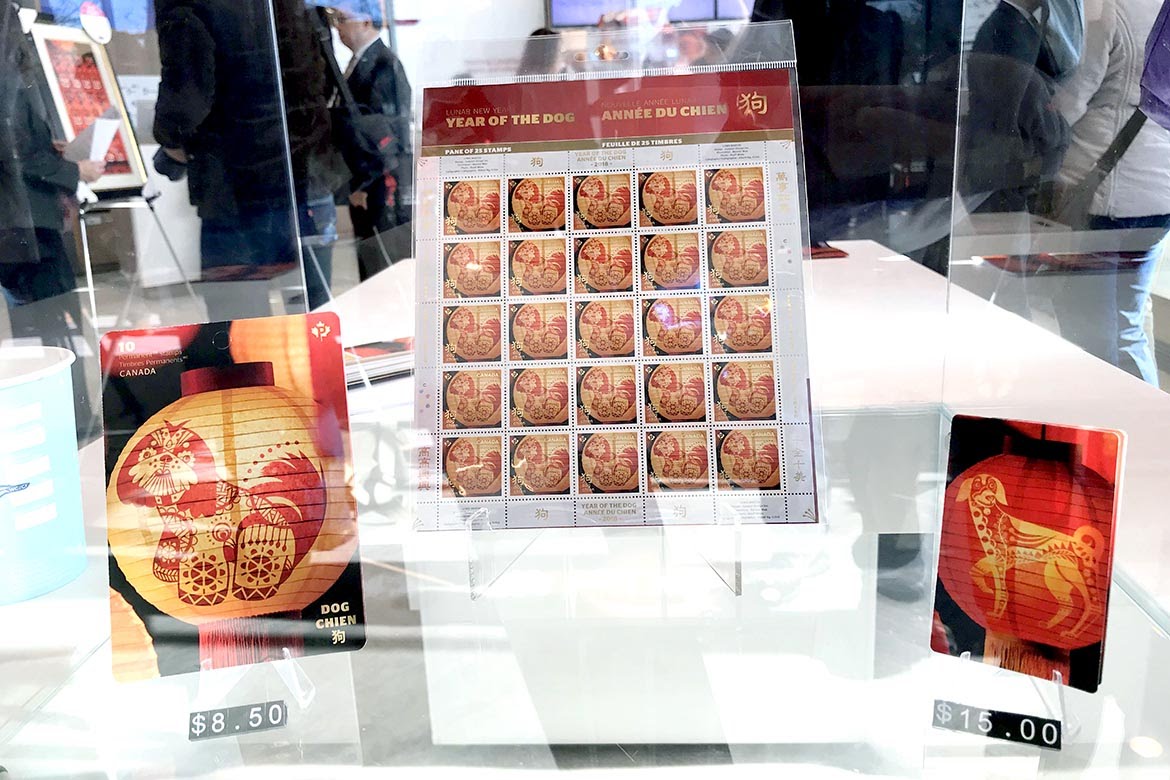 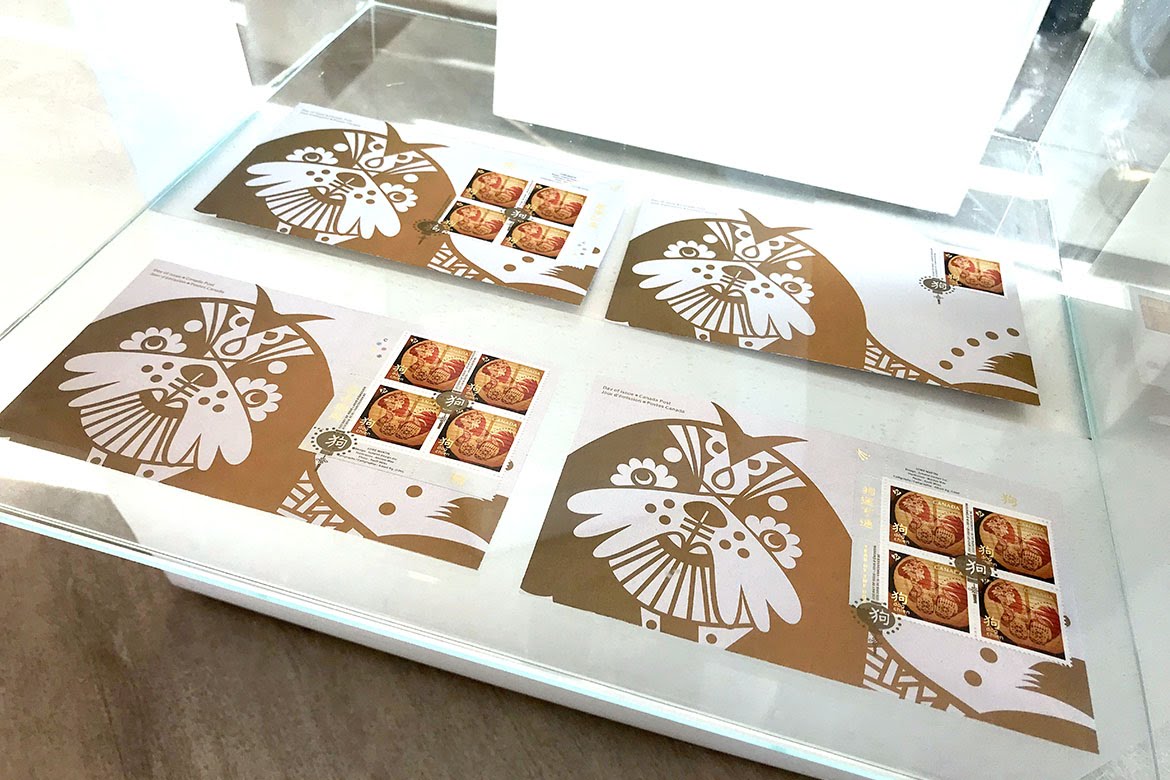 Celebrate the Year of the Dog with Stamps

True to the traditional aspects of the celebration, the Year of the Dog stamps incorporate Chinese lanterns as a central design element. A Permanent™ domestic-rate stamp features an endearing small dog that looks ready to rush headlong into the year ahead, while the international-rate stamp shows a larger, dignified canine, one foot raised in anticipation. The customary red and gold dominate the design.

“Canada Post is proud to once again mark the vibrant and festive occasion that is the Lunar New Year, celebrated by Canadians of Chinese, Korean, Vietnamese and other East Asian heritage,” says Canada Post President and CEO Deepak Chopra. “The annual unveiling of this stamp issue has become a much-anticipated event.”

Designed by Vancouver’s Subplot Design Inc., with illustration by Meimei Mao and photography by Raeff Miles, the Year of the Dog stamp issue includes: