I am going to show you a decent Chinese restaurant that you can visit with your family. Highly recommended if you have a traditional Chinese family background, by what I mean is a big family with grandparents, parents, uncles and aunties, also siblings and cousins. I believe this place will amaze you! You will know why I said so when you read through this article and see pictures of the yummy dishes! 😃

White Orchid, a South-Eastern Asian cuisine restaurant that features traditional Fujianese and Malaysian dishes. Some signature food dishes would be their Singapore Laksa, Hainanese Chicken with Rice and Bak Kut Teh with Vermicelli (Pork Ribs Tea). (They offer all these 3 in their lunch menu with a really good price)

I am going to talk about the dishes from their private menu. Just a reminder, in order to get a table, it’s better to make a reservation and pre-order for the meal at least a week ahead since it is a really small restaurant and they usually have so many bookings during Chinese New Year. 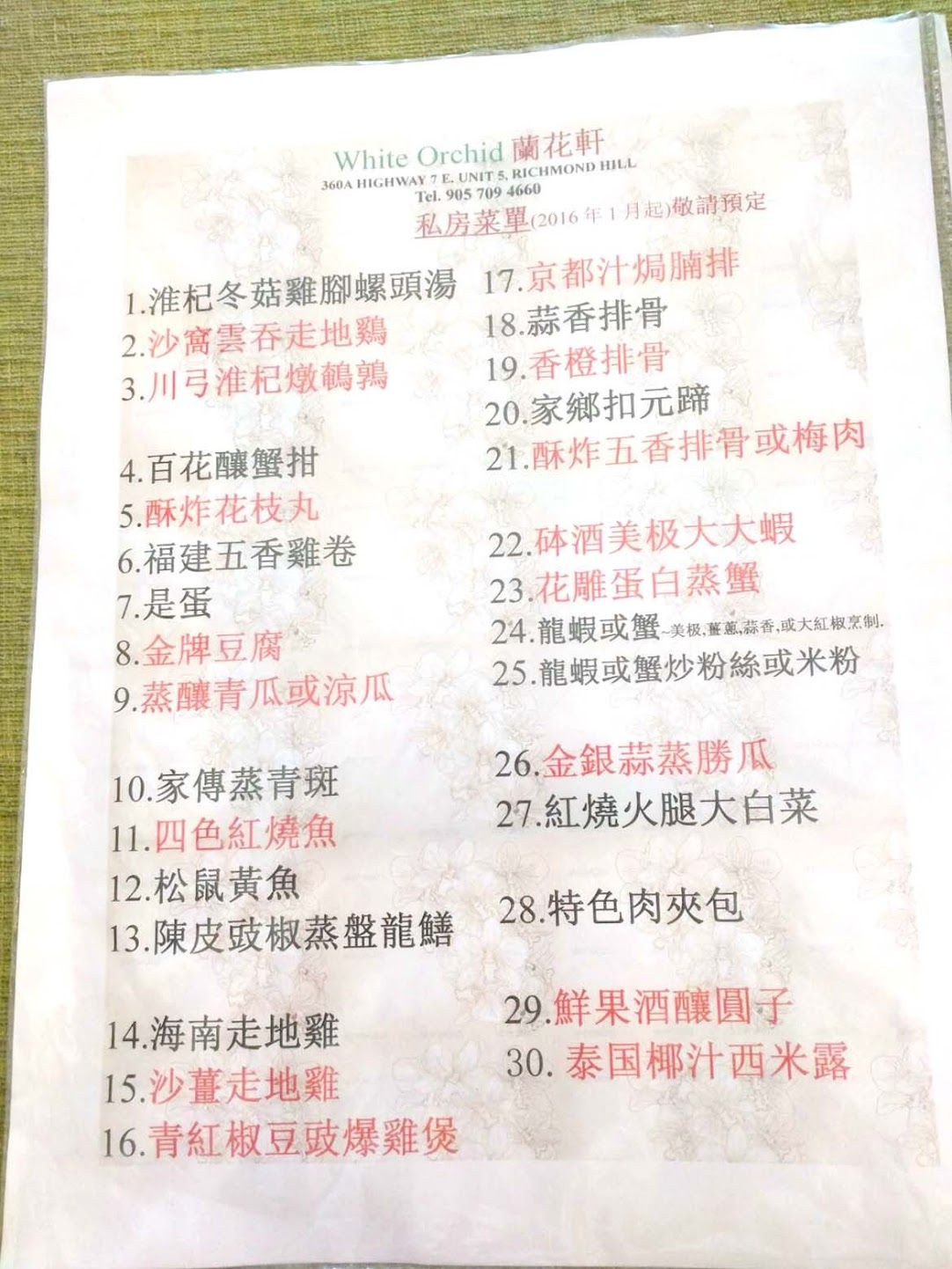 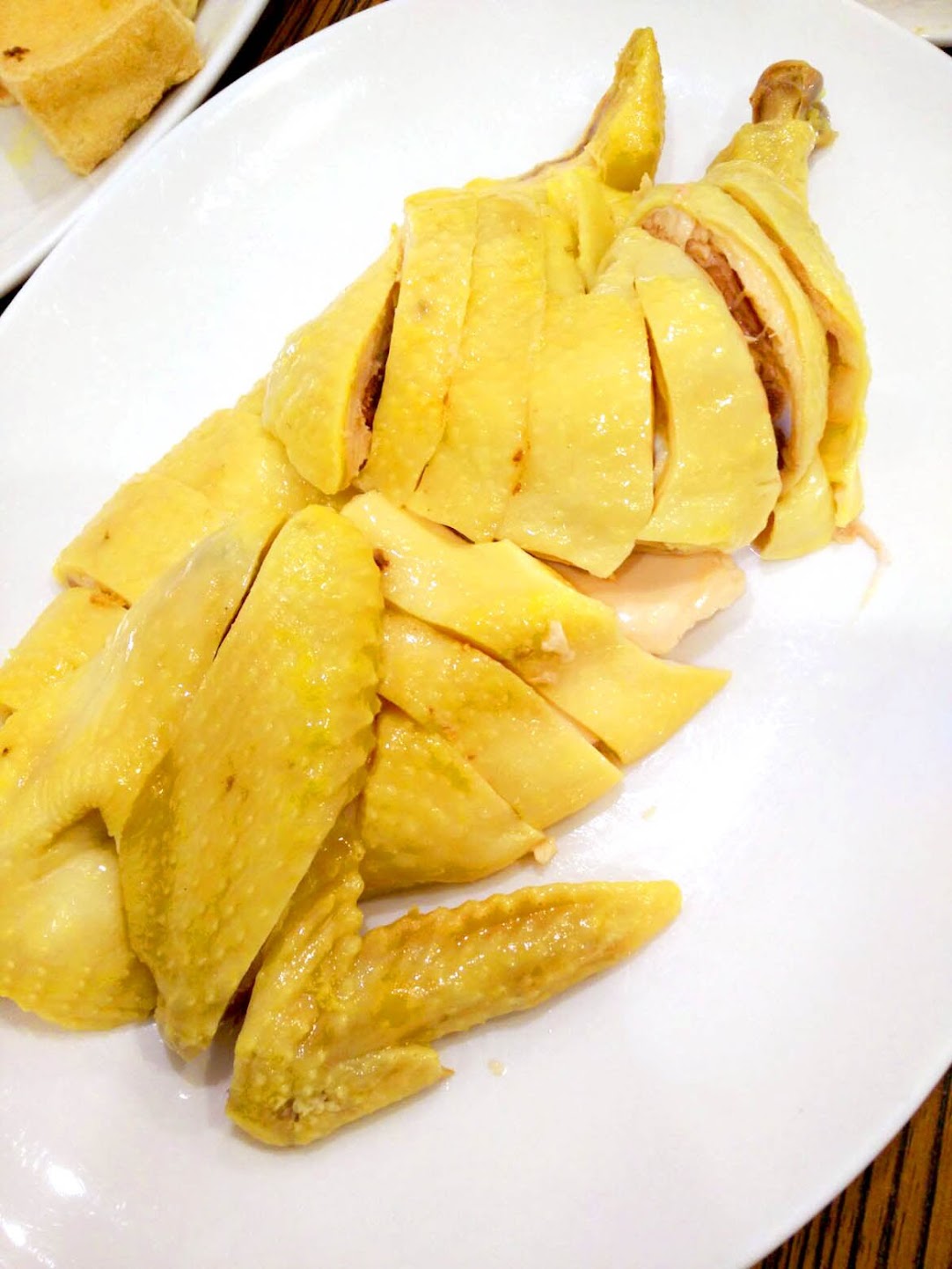 This is a picture of a half of the Hainanese Chicken; the chicken they used is free run chicken. Therefore, it looks skinnier and smaller than the one that you can normally get from the grocery stores. The taste of the chicken is really flavourful. There is way less fat in it than the normal non free-run chicken. The shininess of the skin of the chicken and the attractive yellow color makes you feel you want to eat it right away, which they use good quality chicken to make this dish.

It comes with 3 different sauces, dark soy sauce, the Hainanese sweet and sour sauce and also the traditional ginger and green onion oil. Also you can side order a bowl of rice cooked with chicken fat & broth. If I can let you smell it, you definitely will eat the whole bowl of rice.

** They do take out for the chicken too, you can order either half one or the whole chicken, and it comes with the 3 kinds of sauces that I mentioned above. To prevent disappointment as they usually run out of stock of it quite often, it would be more secure if you reserve the Hainanese chicken in the morning on the day of your visit. 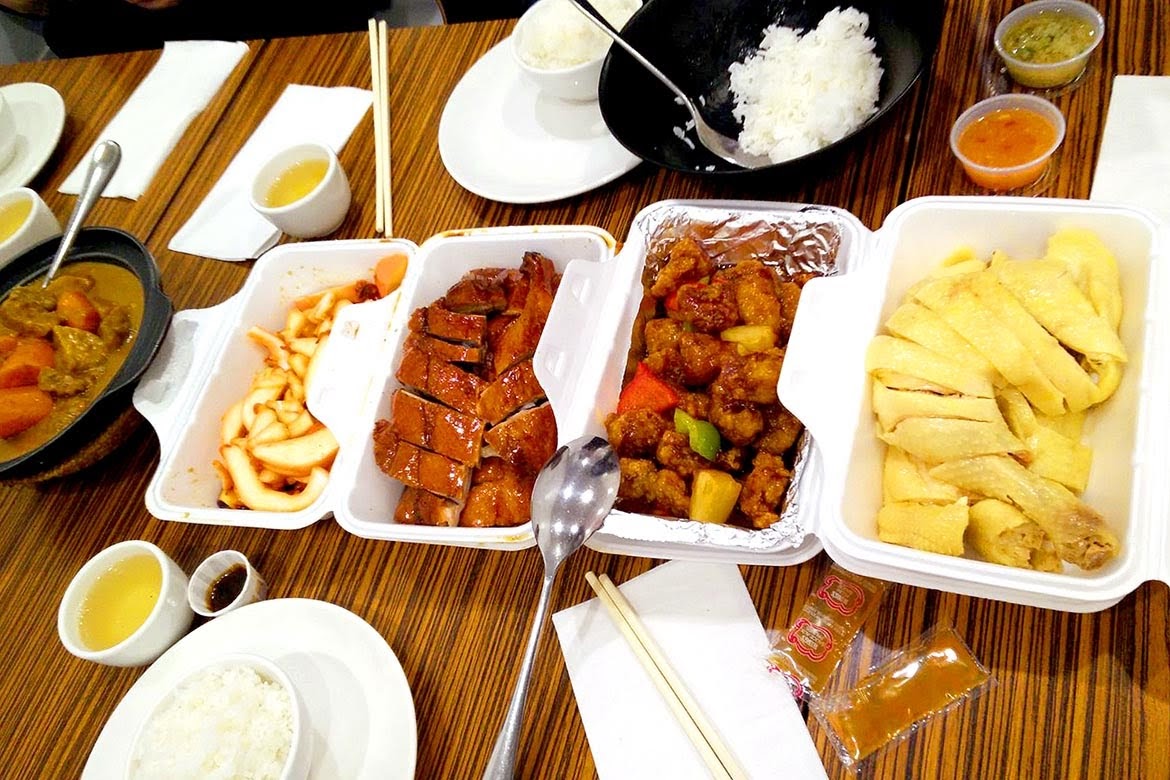 On the left hand side of the picture, is the curry brisket pot. I usually order 2 pieces of roti to dip into the sauce. The rich flavour of the curry lingering in your mouth. I really like the brisket that they made since it is not too chewy or over-cooked. On the top right of the picture you can see the two sauces I mentioned for dipping the Hainanese chicken. My favourite one is the sweet and sour sauce that they house made it. On the third take out lunch box, there is sweet and sour pork. It is very crispy, unlike the one from the other restaurant, is either too fatty or not fresh. With the combination of the pineapple and the red and green bell, is a perfect match! 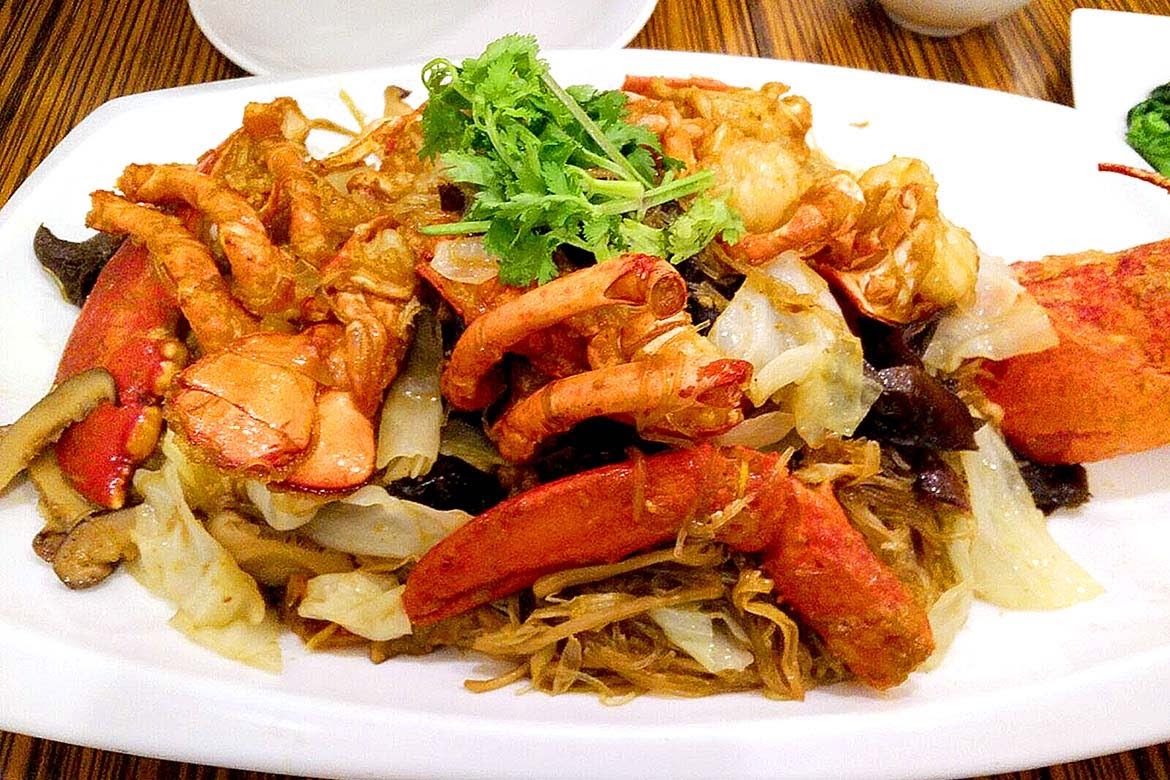 You could never find this same dish at another restaurant since it was uniquely created by them. You may think that there is nothing special about the name. In this dish, the glass vermicelli is the main ingredient, since it absorbed all the juice and flavour of the lobster. The dish has some cabbage, Chinese mushroom, lily flower and black fungus, it’s a healthier dish comparing to a dish with just meat.

** Pre-order this dish at least one day ahead. The owner of the restaurant will get fresh lobsters in the afternoon and cook this dish for you at night. And the price is seasonal while the portion of the dish is depends on the numbers of guests you have in a table. I would recommend you to order a 3-4 people portion for a 7-8 people meal since it is pretty big and you would like to have room in your stomach to try other dishes. 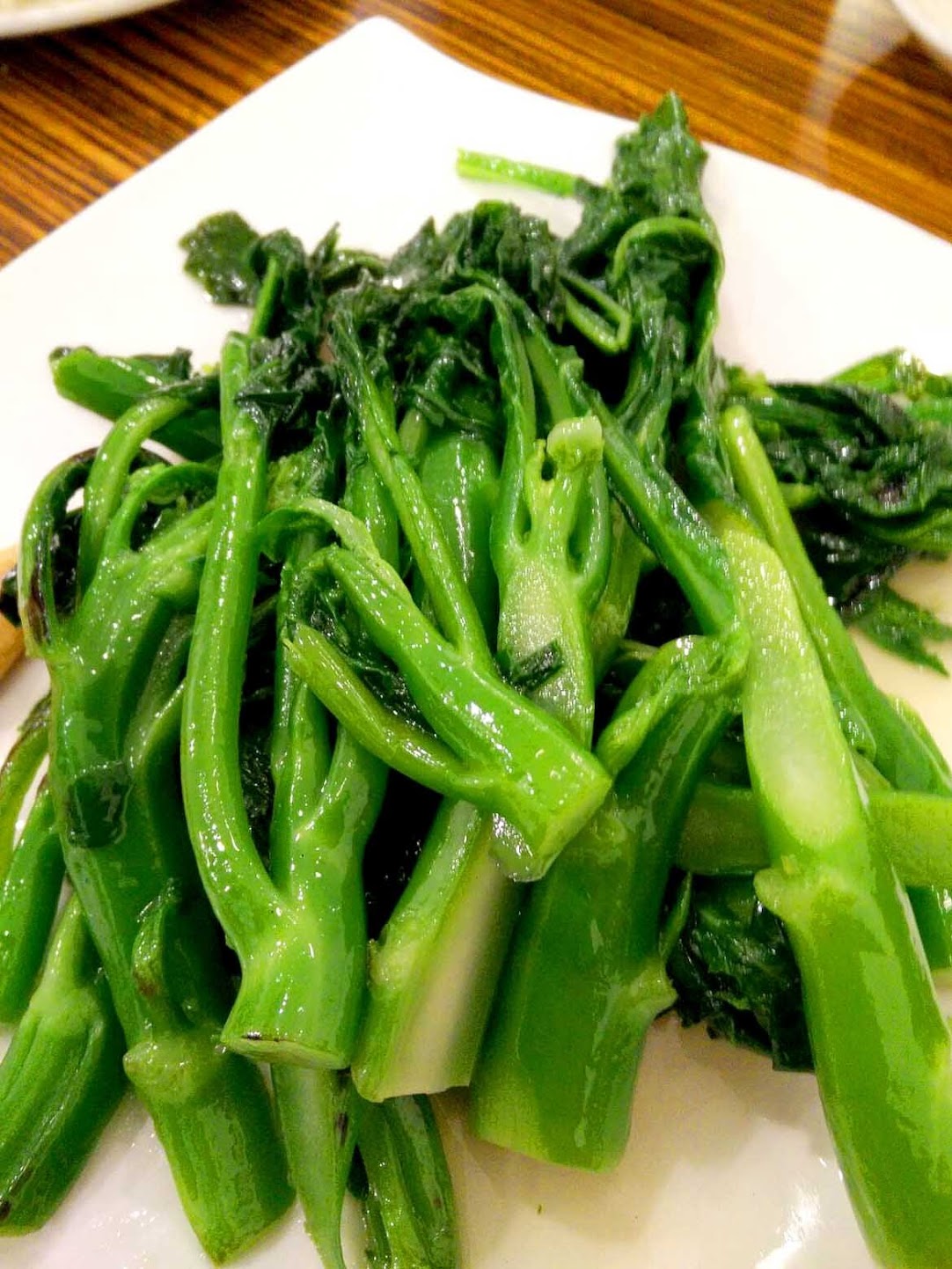 This veggie dish is one of my favourites, although it’s just normal stir-fried Ga Lan (Chinese brocconi). You can try their stir fried Ga Lan with malaysian shrimp paste. It will have a bit red pepper in it, a bit salty and sweet. I really like the taste of it. 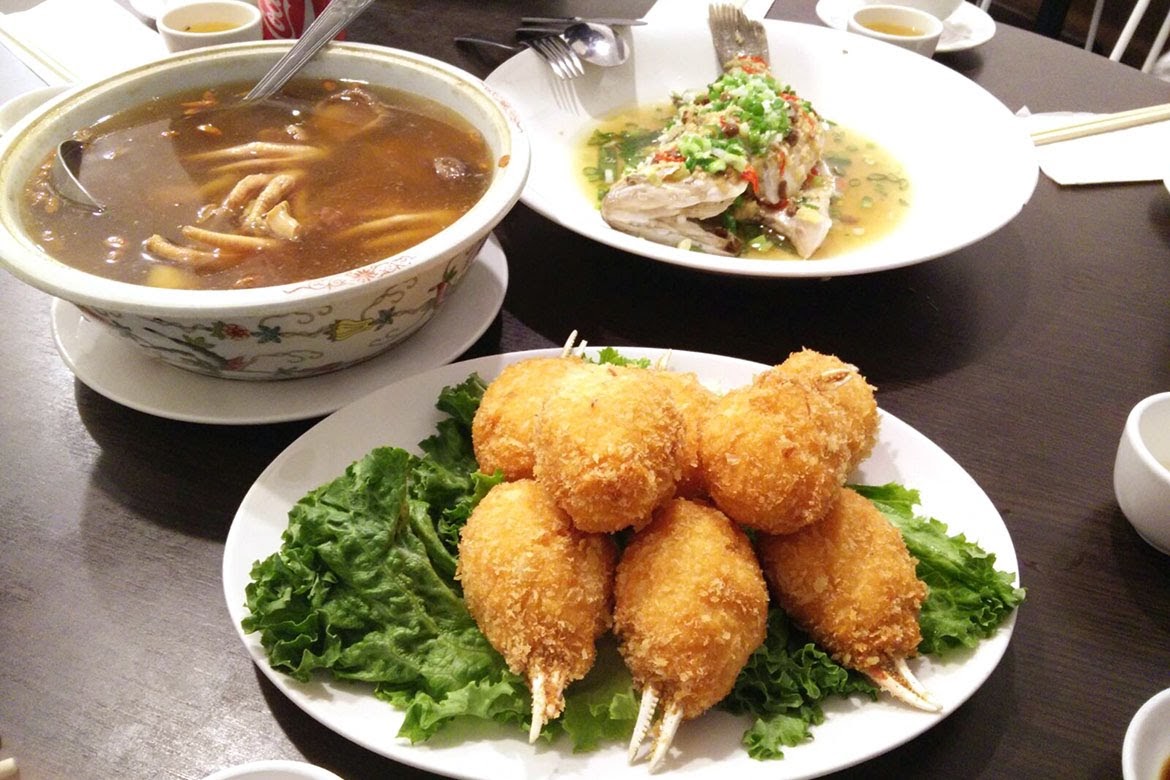 ** A meal with dishes from their private menu. These dishes required to pre-order at least 3-4 days ahead.

(Top Left) 1. Steamed Chinese Herbal Conch Soup which was cooked with the top 5 ingredients for Chinese steamed soup and this soup is really good to your body. (Top Right) 10. Steamed Sea Bass in Traditional Style. (Bottom) 4. Deep Fried Shrimp Paste in Crab Claw, it comes with red vinegar to dip in order to reduce the greasy feeling, however, it is not oily at all and is very crispy on the outside and hot on the inside. When you bite into it, you can see the hot steam comes out from it. 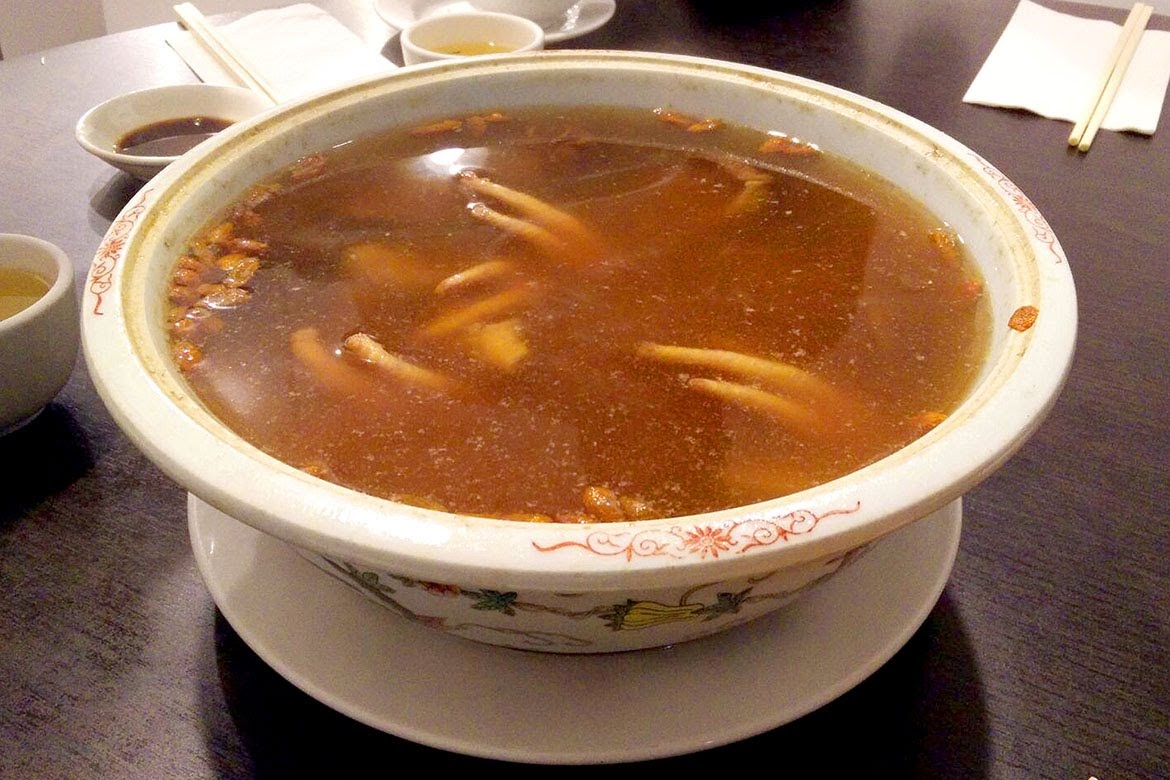 Chinese not just care about the main courses of a meal but also the soup, especially for Guangdong cuisine. This herbal soup will surprise you by texture and the taste of it. You cannot smell the Chinese herb in it but the sticky thick texture could tell you they have put so many ingredients to make the soup. 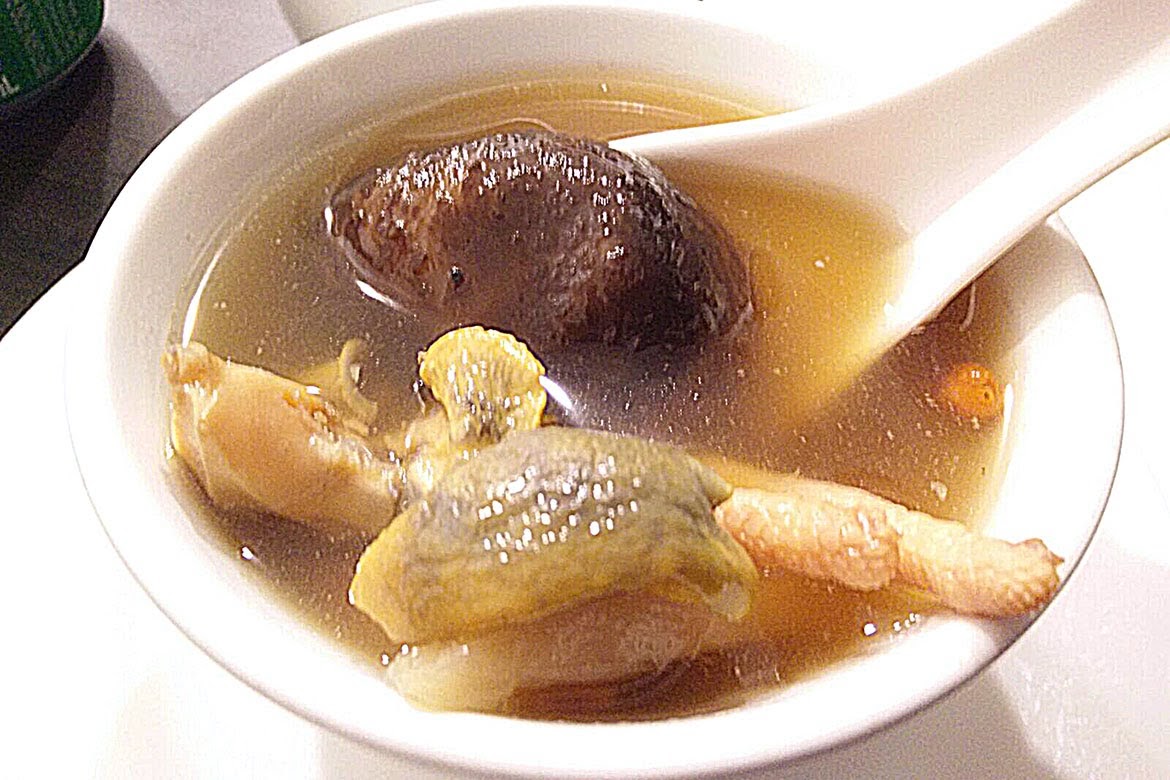 Some common used ingredients put into the steamed soup, like dried mushroom, dried Goji berry. They also put chicken legs in which not many people will eat but it thicken the soup, it’s good for nourish the soft tissues in our bodies too. 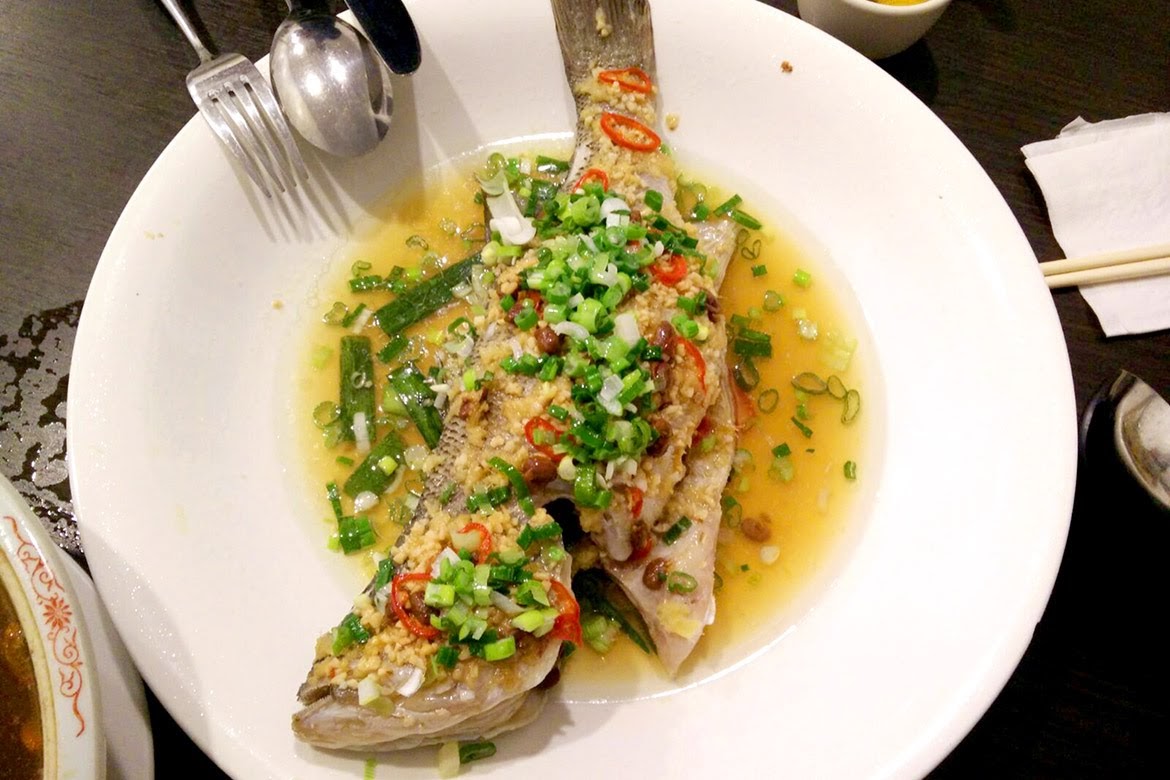 This is the Steamed Sea Bass with House Made Sauce. Sea bass is one of the Chinese fish that we can have anywhere in Canada and is the only few fish that I like since most of the fish in Canada is either frozen or not fresh enough. This common kind of fish is on the menu of almost any restaurant, but at White Orchid, they cook it with their house made sauce. As I have tried it, I tasted green onion and red pepper in it, and also with some soy bean paste. I am pretty sure you will love how it tastes and you won’t be able to make the same thing at home. Try it and see if you like it too! 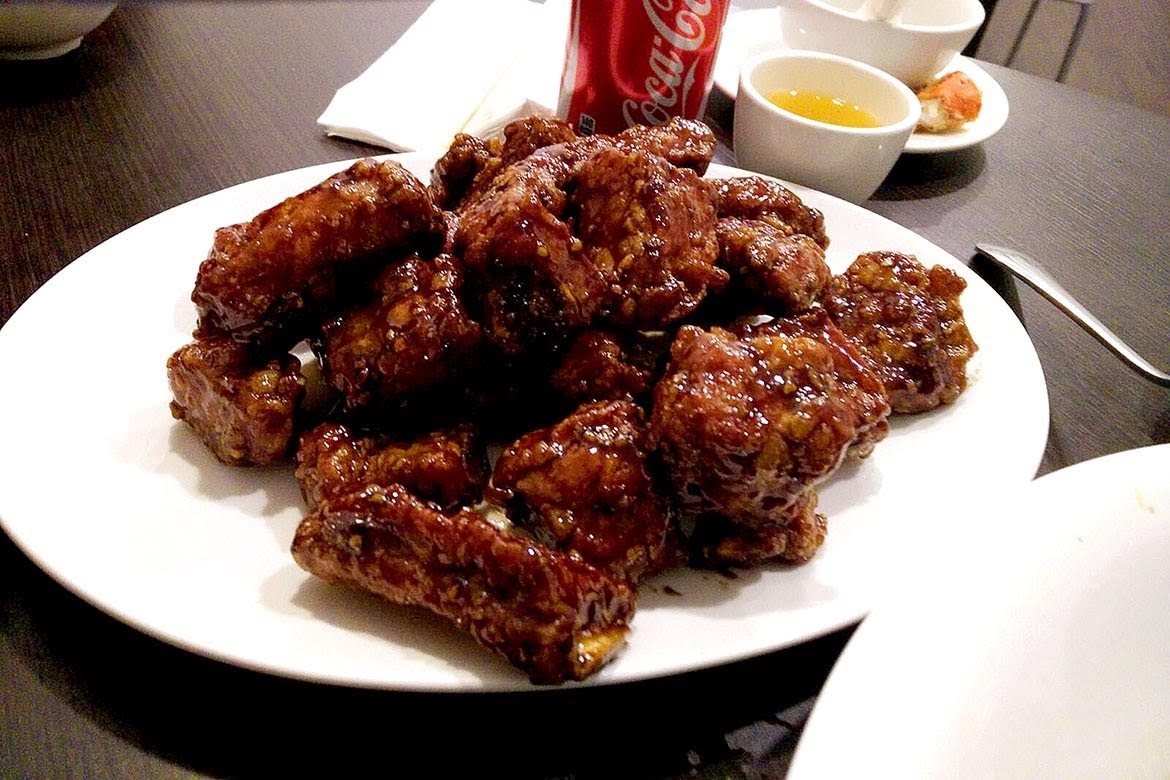 Unlike the usual sweet and sour pork, it didn’t taste sourly, but sweet. The sauce itself is really sticky and it sticks the pork ribs together, almost impossible to separate them. The pork ribs are so delicious as they were crispy on the outside with some sweet sauce, just like chicken wings in honey garlic sauce but with pork ribs and cooked in Chinese style. I can eat extra bowl of rice with this yummy dish. 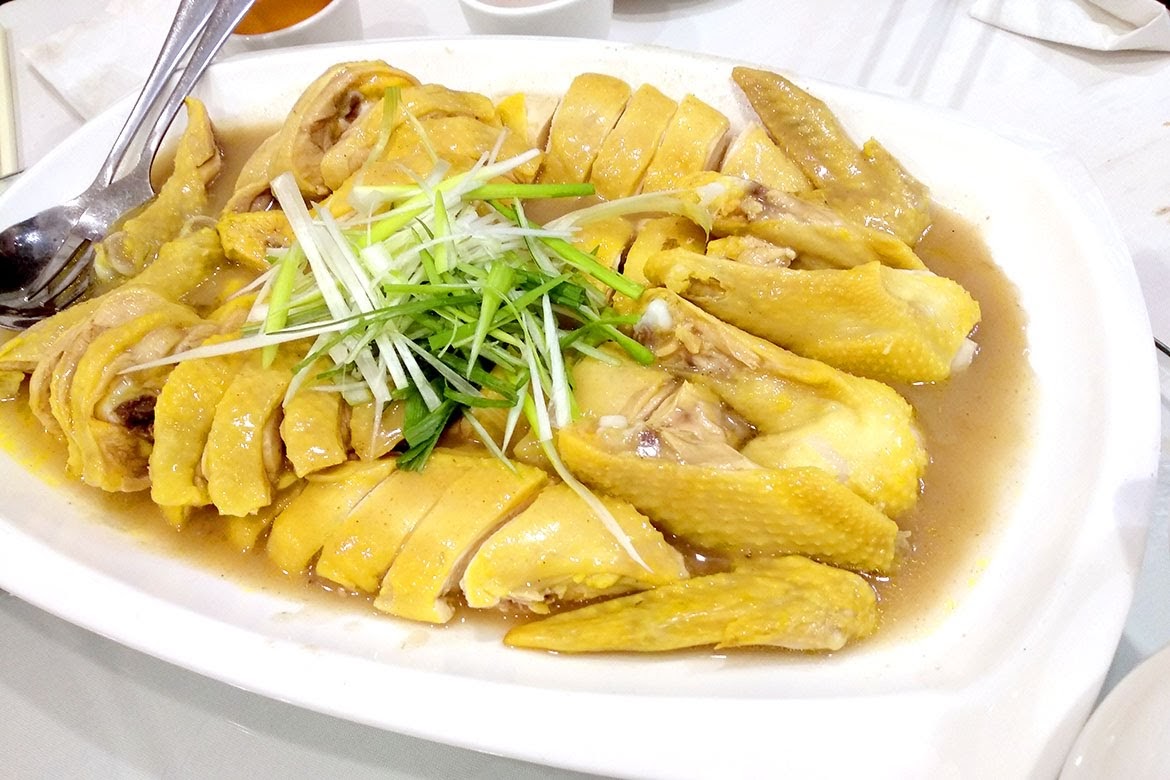 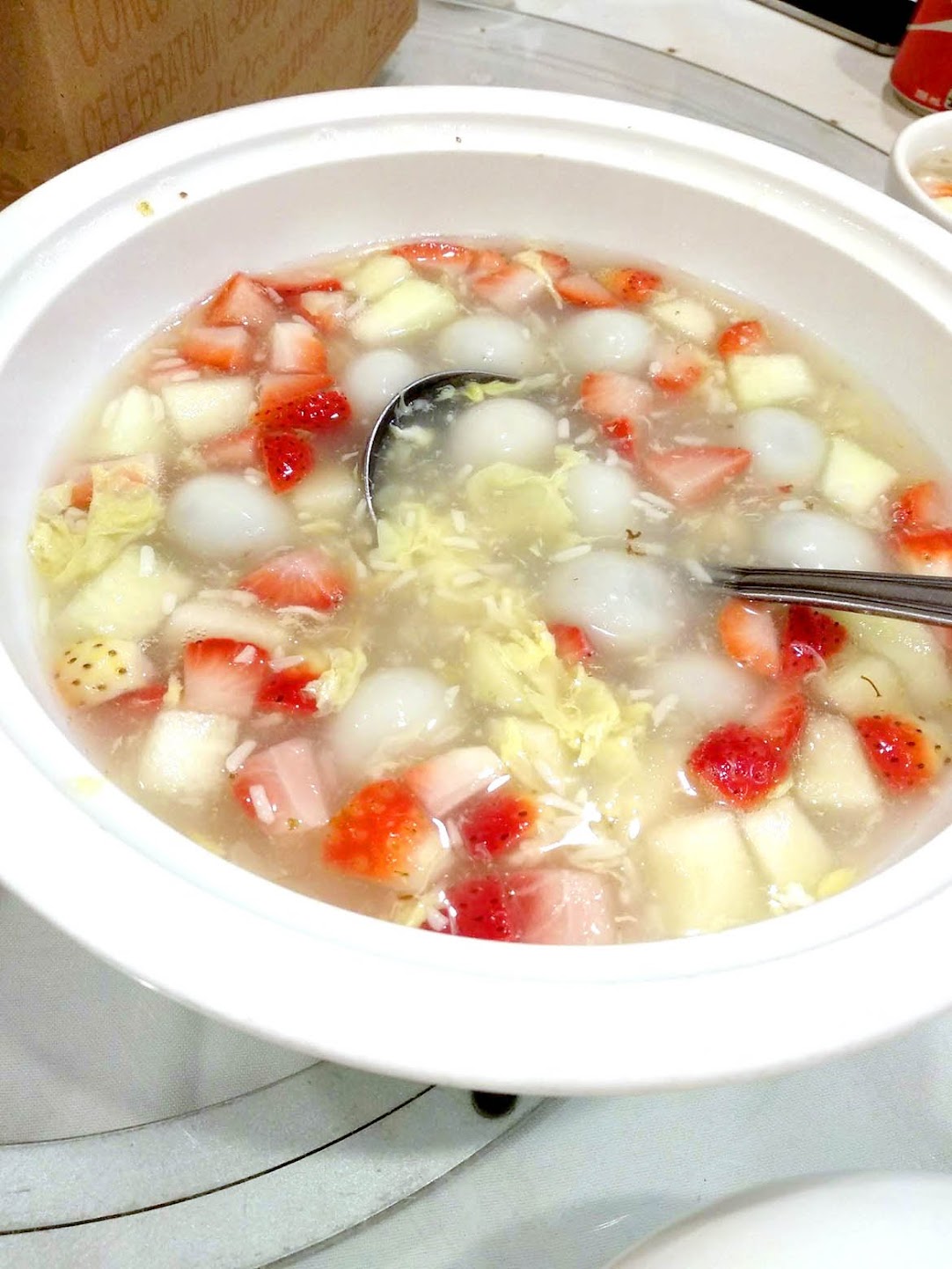 Last but not least, we had this dessert to end the delicious meal. It was the first time I had this. The rice ball cooked with rice wine with assorted seasonal fruit. It was not too sweet, and I love it! The rice wine is sweet, which I like this wine that didn’t taste bitter. It matches the rice ball with sesame filling. It also has some scrambled egg in it. So refreshing that It makes me feel SPRING IS COMING!!!

Tips on Reserving a Table

Let me give you some tips on reserving a table to have their food on the private menu. When making the reservation, you should let them know what you want to have for your meal or ask for recommendation on any seasonal dishes to have. They would recommend some dishes to you or you can also let them know your budget for the meal, and they will offer you a menu. If you have any special food preference, you can let them know as well.

Easy Vegetables and Herbs to grow this Season