It was a chilly fall day about a month before the Christmas, me and my friends having a tea party at the Gibson House Museum. It’s not the usual afternoon tea set you can have at a cafe or at the hotel lounge. It’s a Victorian-inspired tea that served by costumed interpreters in the setting of the elegant mid-19th century home.

I haven’t been to Gibson House Museum before, this was an great opportunity for me to tour the museum and in the mean time to have this special afternoon tea tasting the Victorian-inspired finger sandwiches and treats. Unfortunately we were not able to have the afternoon tea in Mrs. Gibson’s mid-19th century parlour due to the high volumn of visitors during the free admission event. It was, however, still an unforgettable afternoon tea experience!

After we checking in at the reception, we went down stairs to the Willowdale Room where the afternoon tea was taking place at. We first were greeted by the costumed interpreters who serve the afternoon tea. The Willowdale Room features a photographic display of the Gibson family from the early 20th century, which most of them were taken on the Gibson farm property or in the greater Willowdale area by Mr. and Mrs. Gibson’s daughter. The original glass plate negatives are now part of the Gibson House Museum Collection and are a valuable visual resources.

“The idea of afternoon tea is attributed to Anna, the Duchess of Bedford, lady-in-waiting to Queen Victoria in the late 1830s. She found the span of time between luncheon and  dinner (often served as late as 9:00 pm) was too long and so ordered a pot of tea and a few small sandwiches & sweets to tide her over. Soon the other ladies of the Court and even Queen Victoria were doing the same and the tradition of afternoon tea was born!” 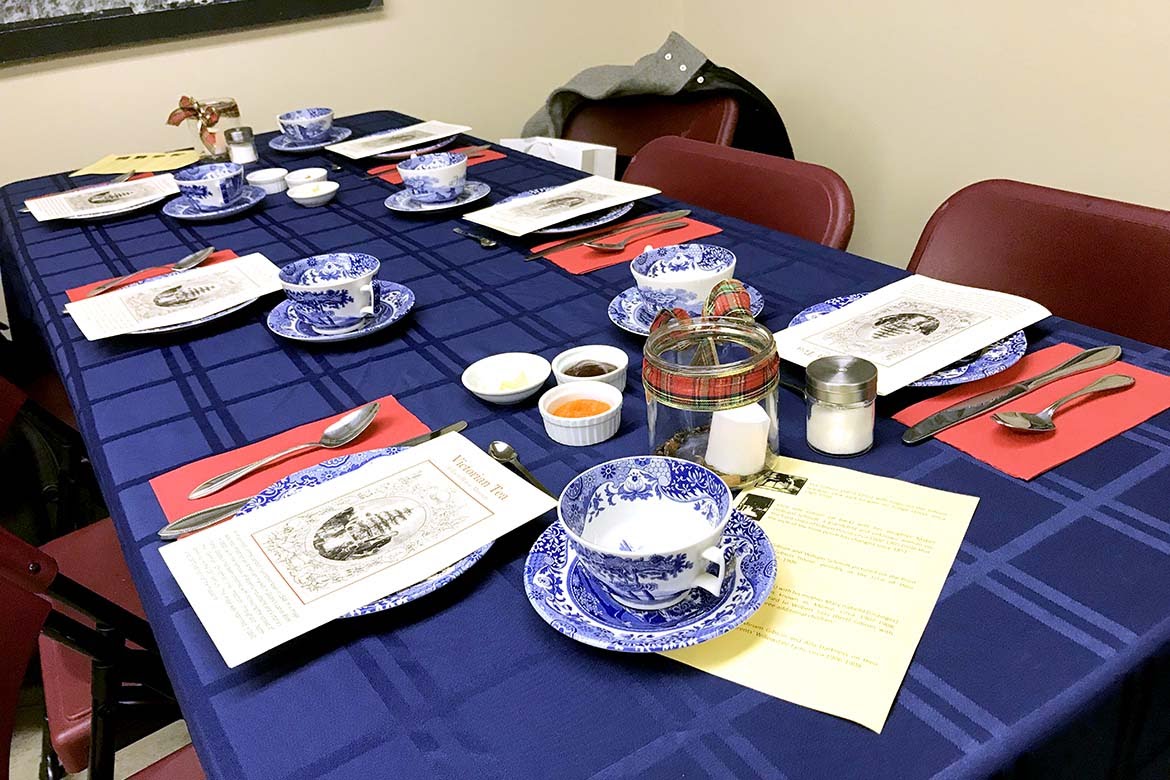 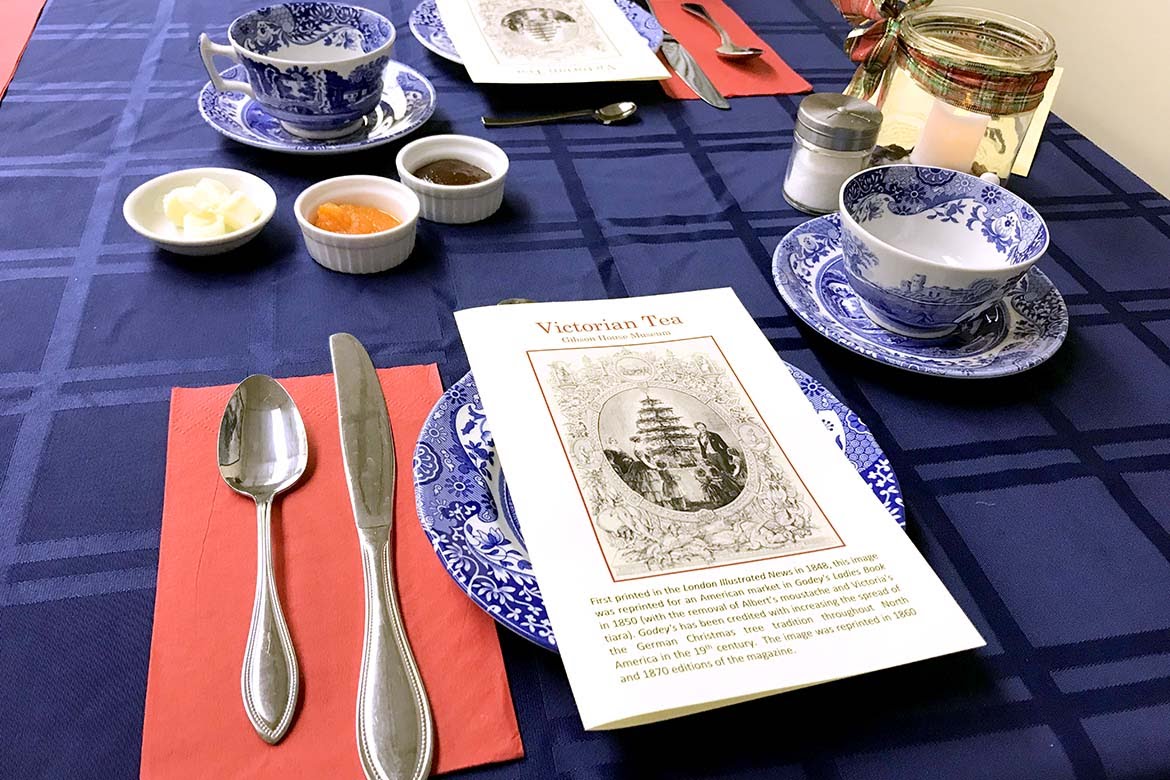 The menu of this afternoon tea is based on the recipes from the Victoria Era: 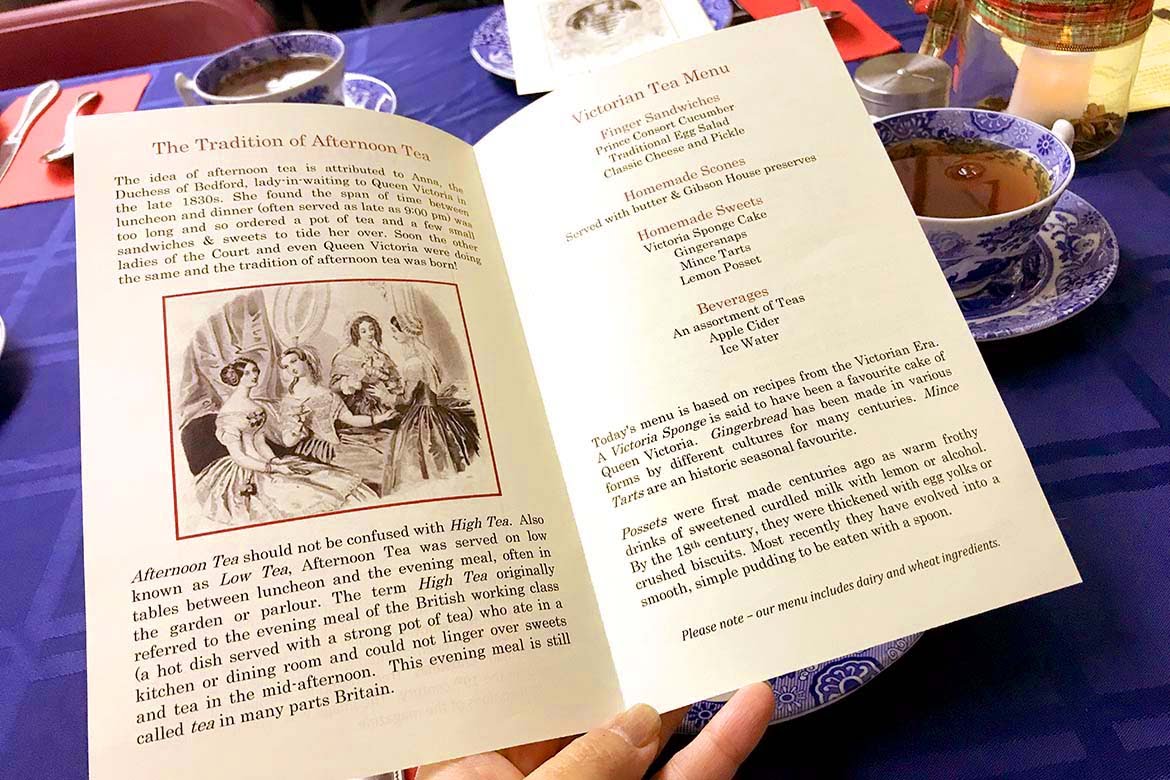 As we being seated at our table, the first items served were scone and tea (or apple cider). The scone was good as not tasted too fat and buttery that I would think it’s an altered version of the traditional recipe to nowadays’ health standard. 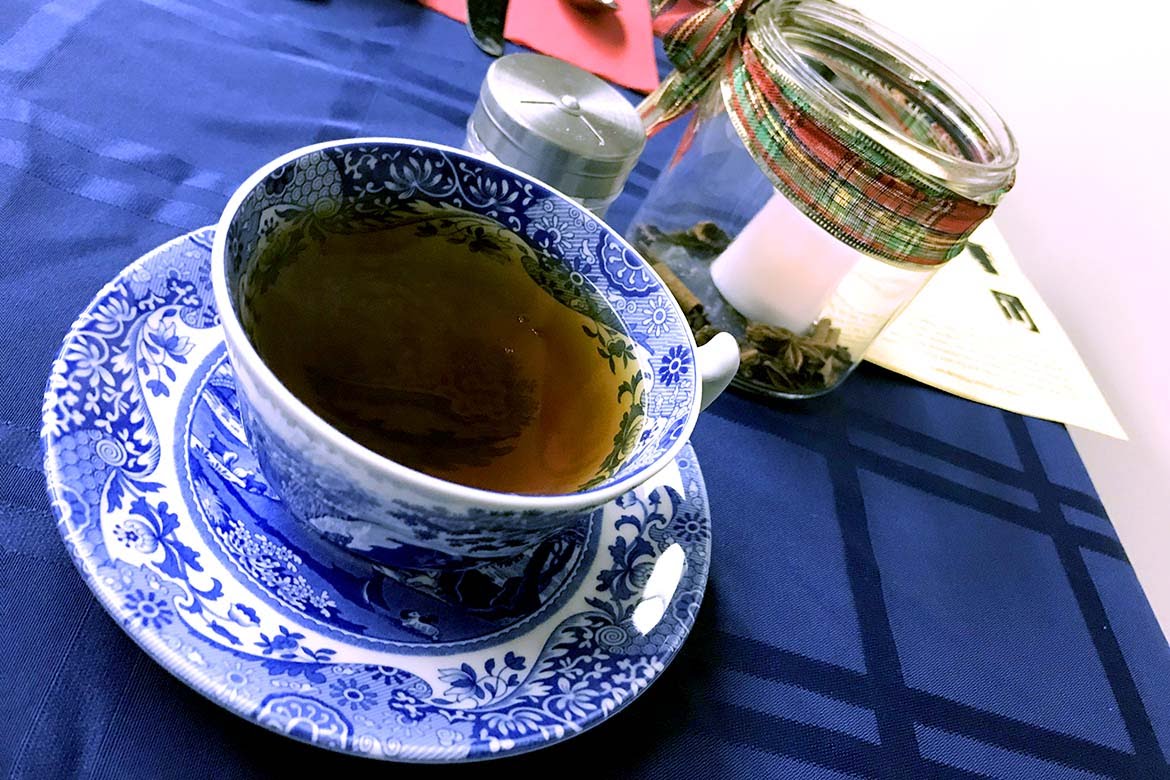 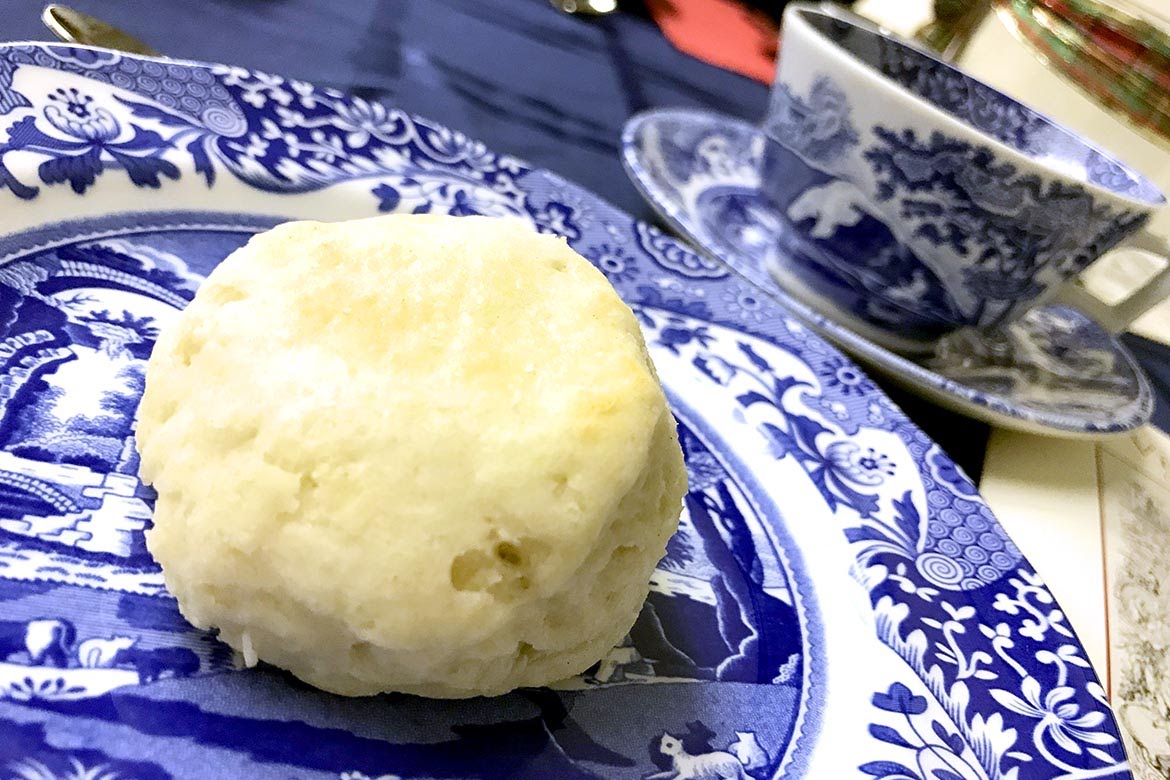 The Gibson House preserves, however, tasted like food made in the way how 19th century food would had made. They looked and tasted natural, not overly sweetened and thickened. 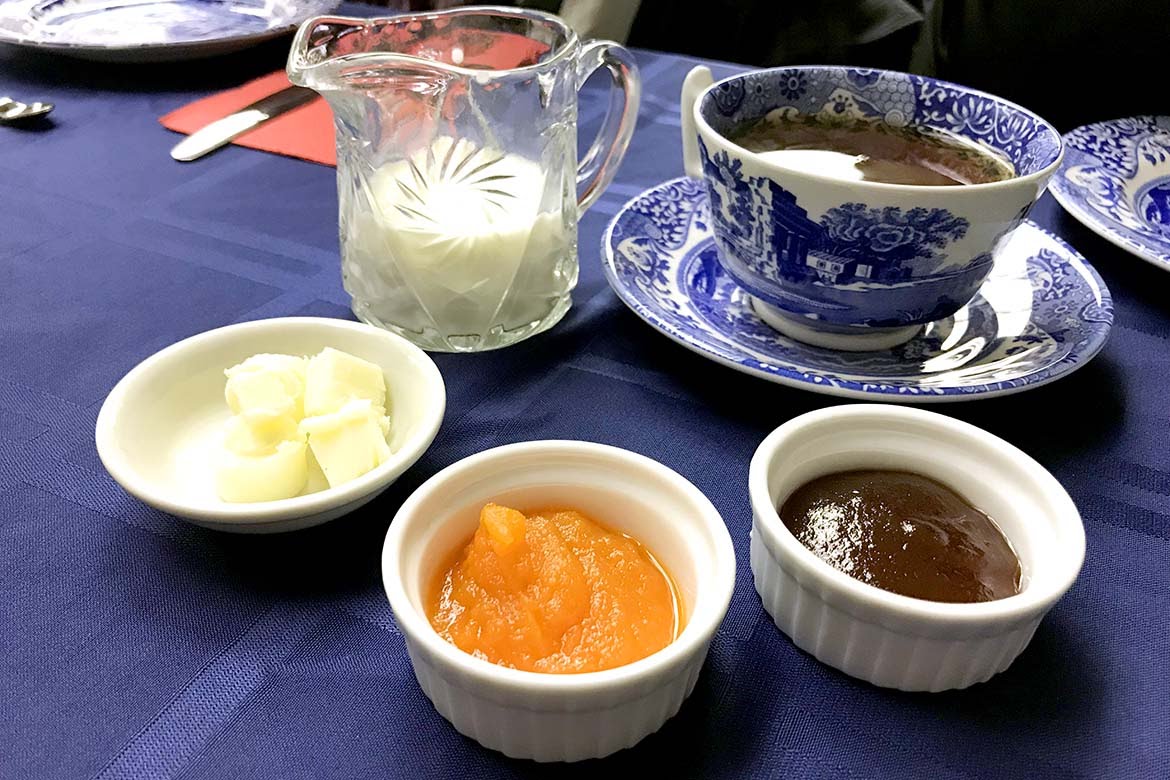 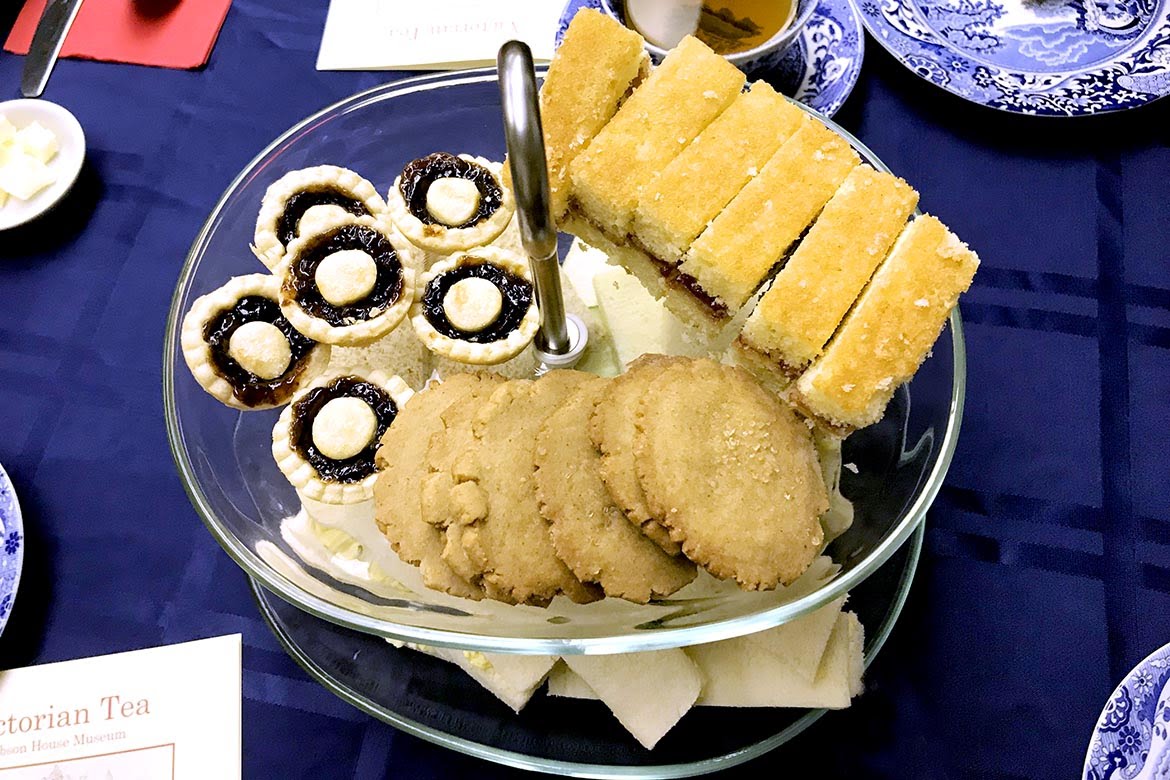 I like how the food items were not overly fancy, as I wanted to have a taste of the afternoon tea close to the one people would had in the Victorian Era. They looked rusticly homemade that sticking to the theme. Also I didn’t expect to have a super fancy afternoon tea with the price of $20 (+tax & surcharge). All of the food tasted wonderful! 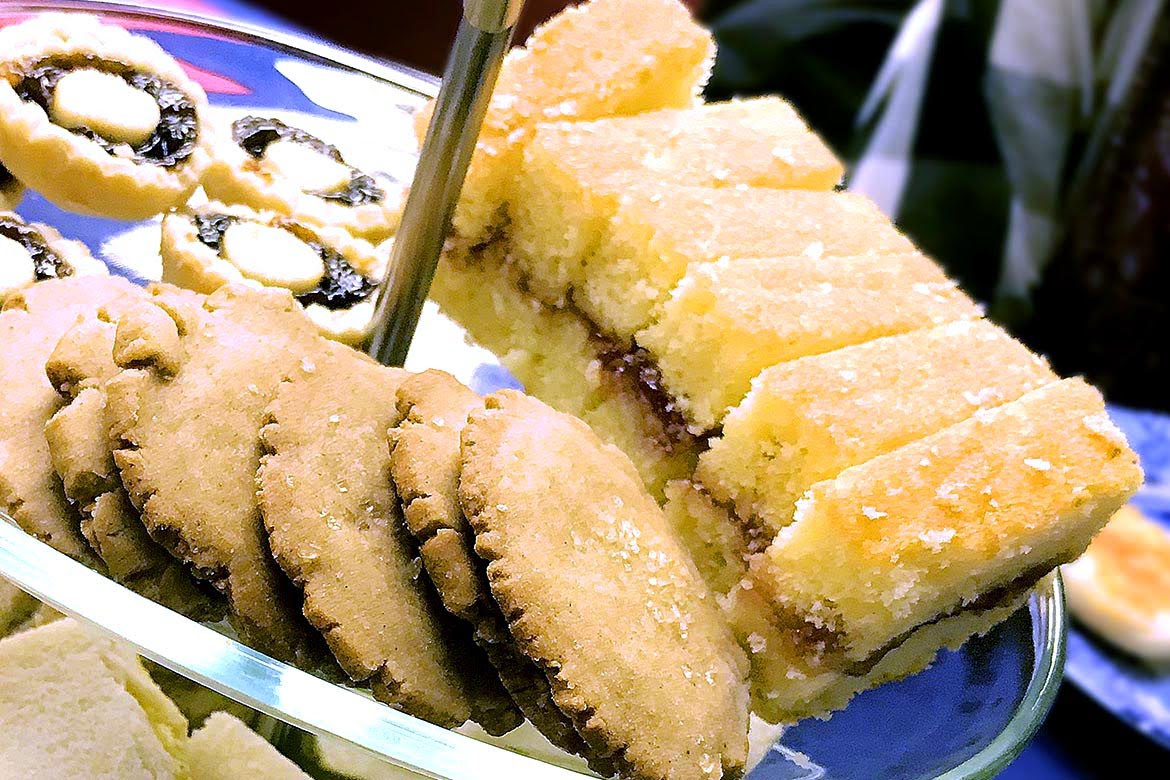 Victoria Sponge is said to have been a favourite cake of Queen Victoria. It’s also my favourite of this tea set. It’s with the right amount of sweetness and super moist. Delicate and delicious! No wonder it was Queen Victoria’s favourite! 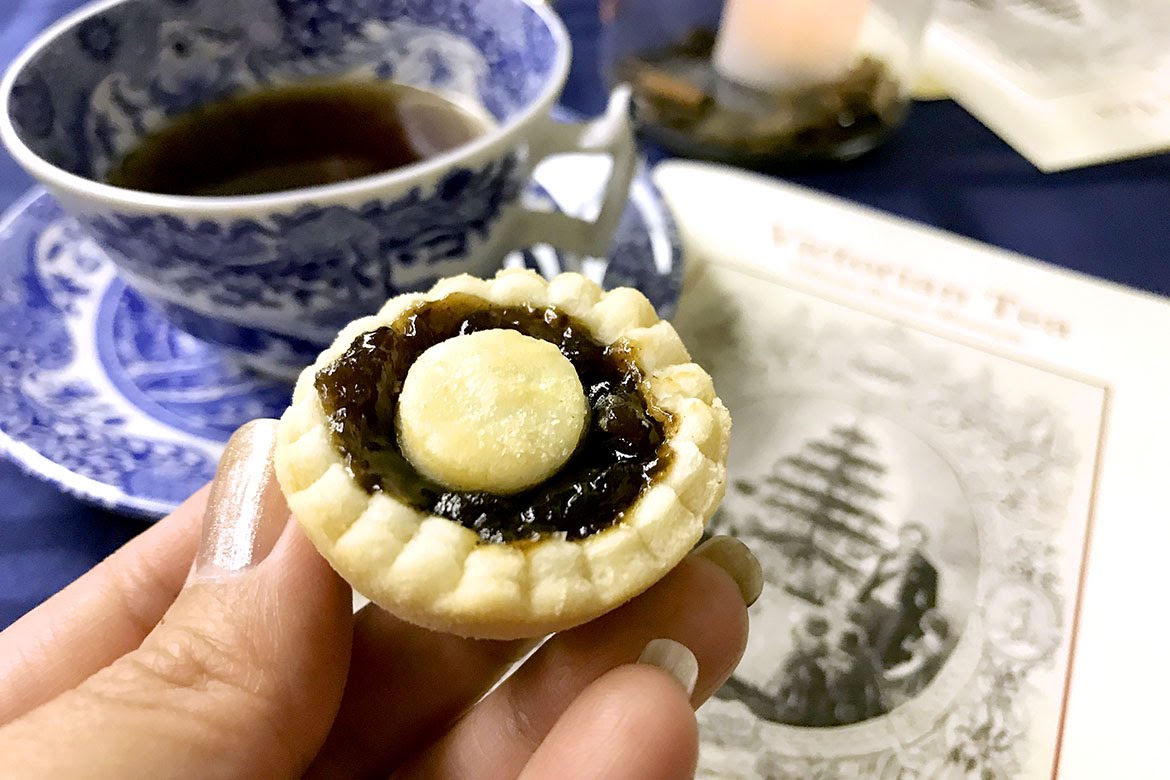 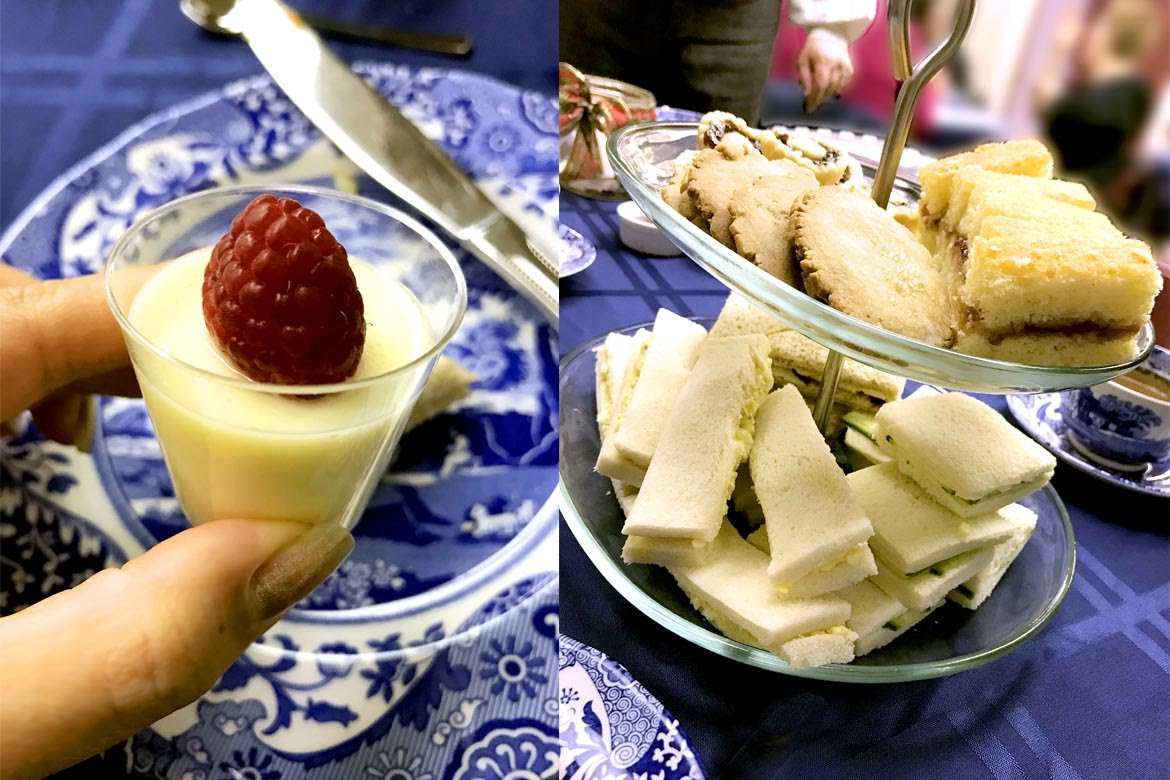 The Mince Tart and the Lemon Posset were tasty treats on the menu that you would not want to miss but want to have more.

“Possets were first made centuries aga as warm frothy drinks of sweetened curdled milk with lemon or alcohol. By the 18th century, they were thickened with egg yolks or crushed biscuits. Most recently they were evolved into a smooth, simple pudding to be eaten with a spoon.”

It’s an unique food experience to learn the history of afternoon tea by actually have a taste of the food made from the recipe of the Victorian Era. An afternoon tea that I would love to have again in the future. Hopefully I am lucky enough to have it in the living room of the Gibson House next time!